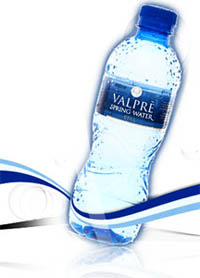 The brand is bottled in two forms, namely “still” and “sparkling”. It is brought to the consumer from the Fricona Valley, in the Natal Highlands. A highly sophisticated production facility on the Valpré farm ensures its premium quality.

Pride Milling recently achieved both ISO 22000 and British Retail Consortium (BRC) certifications, making it reportedly the only maize milling company in South Africa with both standards. These milestones follow a history of trailblazing for the eight-year old company, which was one of the first in its industry to achieve ISO 9001:2000 certification in April 2002. The company, headquartered in Centurion with several mills in Mpumalanga and Gauteng, produces a range of white maize, yellow maize, as well as diverse products for human consumption, animal feeds and pet foods.

Famous Brands Limited is a public company listed on the Johannesburg Stock Exchange in South Africa. The company is Africa’s leading quick service and casual dining restaurant franchisor. As of the 2010, the company’s global footprint stood at 1,764 franchised restaurants spread across South Africa, 17 African countries and the United Kingdom.

After working tirelessly for more than seven years, South African entrepreneur Kerryne Neufeldt (35) is storming the US$160 billion global beauty market with her patented Cryogel eye-care product. In the process, she’s turning the cosmetics company that she started in her backyard into a multi-million dollar enterprise.